Pay attention to your children. The things that they do can sometimes apply to your life!
- August 26, 2020 No comments:

I hate being reminded of things. Recently I've lost primary custody of my youngest son, due to the issue I have going on, like me being hospitalized, losing my job, and awaiting a response from social security.
I'm really hurt about his father being greedy for money and taking me back to court. Especially being that he's made it seem as though our child was in danger, when he went to school every day, doctors appointments were scheduled an attended, he had new/clean clothes on every day. Yes, that was without me having an income or a car.
I can admit us living house to house was not ideal. But he was in no way shape or form in any type of harm. I love all of my children with everything in me. And most times I would go without to make sure they had. He knew that.
Although it did nott matter to him because his only concern was to get assistance from the state of Connecticut. What kind of man actually makes it his business to try and defraud the state when he actually works? And makes really good money doing so. Yes, this has been reported several times to several different departments. The response was they couldn't do anything because he had his own business and couldn't really track his income (interesting, right?
With all of this going on I chose to sit back and ponder my thoughts, rather than open up and speak about them. Being that its easier for me to deal with them that way. Yes, it bothers me that I only see him every other weekend. And that when I do have him, we have to walk on pins and needles (don't want to get into that part), just to not ruffle any feathers.
It's just so much easier for me to handle it that way. When it's brought up, I'm brought to tears. I've cried more than enough tears and would rather avoid them. I hope everyone could understand that!
I'm not trying to be harsh or trying to stop you from feeling a certain way about how I should feel. But me crying and lashing out isn't going to get me far at all. It all stalls the process I have to take a bit more. Stops me from taking the time to send emails to get help, applying for programs that'll help us, or even writing to attempt to try and make some type of living.
Trying to find a job with no experience and really messed up heath issue just isn't working for me. The reminders of things I could be doing would be doing, and right now just can't do is hurting my situation more. It's not you it really is me. I forgive you for bringing it up. I just hope you can do the same for me. Even if you don't understand or care. Just please take a moment and try to keep that in mind.
I just rather not be reminded.
Please take a moment to share this if you've read it. And maybe even comment and follow if you like. I'm trying to get better at this. Thanks, have a good day!
- August 21, 2020 No comments:

I’m Learning more On My Own

Even A Little Bit of Support Goes A Long Way

Don't Expect me to support any of your endeavors;If you've never even took the time out to take a sneak peek into mine!
- July 22, 2020 No comments:

I’m so proud of Our Graduate

In 2011 my dad took my kids on a trip to University of Connecticut. We  had no clue that would be the place one of them would end up going to school.Look at how young they were. 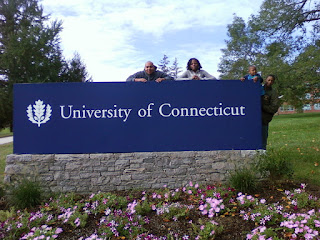 This photo is from five years ago. The start of his Journey. I was smiling yet I was nervous. I swear I didn't really want him to go. Although. I was okay knowing that he was still close to me.
I remember literally arguing with him:because he wanted to go to school clear across the county just about,  I think it Arizona, Florida,and and I wanna say California.
Eventually setting his sites on the Bachelor of Arts Program at the University of Connecticut.Which we were okay with. Bring that he was much closer. And he was very interested in the Digital Media and Design Program that they had. 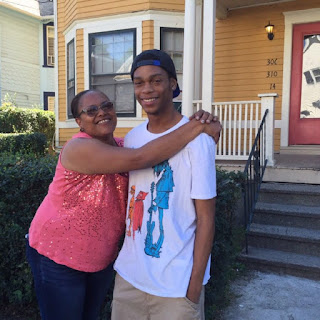 The last one is the best one yet .This is his/our final year. Yes,our because we got through this together. No graduation picture(no barber or Graduation 👨‍🎓 ). Thanks to this Pandemic!You guys will get one when this over(a Graduation picture that is) .
To sum this all up he is a 2020 Graduate from the University Of Connecticut  Undergraduate With a Bachelors Degree  Digital Media and Design Major Web/Interactive Media Design Concentration.
Congratulations : Mr. Juwan G.Dumas
(I chose to use this photo because it was taken on one of his recent adventures;and he wasn't as serious) 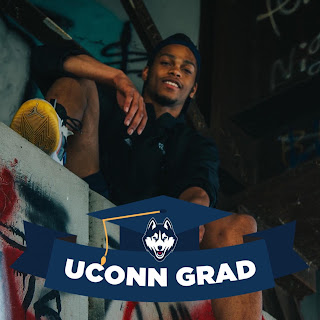 Update: If you’d like to send him a monetary gift for his accomplishment his cashapp is $CydCt
Being that there wasn’t a traditional Graduation celebration due to this pandemic. I see that other people are making their information available. So, I’m making his available as well. Thank you in advance!
- May 21, 2020 No comments:

Am I momming Right


Yes, I said that. I’m not sure if that’s a word or not. Quit frankly I don’t care. I’m laughing as I type this.
For the past few days my youngest child has been calling me. Every morning and every other night. Asking why he has to go to school this last few days. I guess dad really didn’t want to be bothered so he threw it off on me.
Even after explaining to him that he needs his education. I’m told they’re not doing much work. I didn’t make my two oldest go on the last days. He’s not going to have a lot of time to enjoy his summer. I still stand by him needing to go his self to school.
Of course, he’s not trying to hear it. And now I’m about to be blocked from calling his phone. I’m annoying, childish, and last but not least I am the worst.
He has no idea that this type of things go into his school record. Nor that he’s actually hurting my feelings. I’m sure he probably doesn’t even care.
It has me thinking am I the annoying and childish mom? And then I remember as a mom that’s not for me to really care about. That’s on him.
When he gets older. Around or maybe even older this his adult siblings he’ll understand. I’m almost positive at one point or another they felt the same way.
I’m not here for him to like me or to be his friend. I’m here to listen and try my best to guide him in the right direction. So, I guess in a way I am momming right! Are you?